The Loss Of A Loved One Can Actually Alter Your Heartbeat

The Loss Of A Loved One Can Actually Alter Your Heartbeat 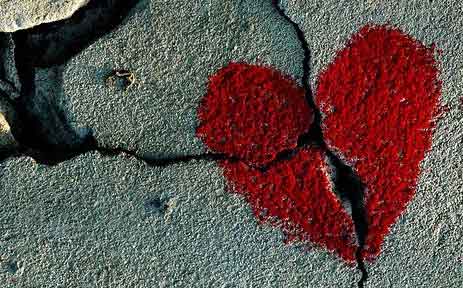 When you suffer severe sadness, it can physically be felt in the heart.  While it once was thought to only be a sympathetic pain, new studies have shown that the physical heart really is affected when you feel intense sadness.

When a partner dies, the severe psychological stress may lead to a heightened risk of cardiovascular problems, including irregular heartbeats that last for a year. The risk is especially high for younger people right after an unexpected loss.

The findings are published this week in the BMJ journal Open Heart.

Stressful life events have been linked to an increased risk of acute cardiovascular diseases, such as myocardial infarction (or a heart attack). However, its unclear whether they also lead to atrial fibrillation the most common type of arrhythmia, or problems with heartbeat rate.

During an arrhythmia, the heart might beat too fast, too slow, or irregularly, and these are all risk factors for stroke and heart failure.

To investigate, a team led by Simon Graff of Aarhus University used data from the Danish National Patient Register to identify 88,612 cases with a hospital diagnosis of atrial fibrillation between 1995 and 2014.

They also randomly selected 10 controls that matched the age and sex of each subject, for a total of 886,120 controls.

Partner bereavement was experienced in 17,478 cases and 168,940 controls, and it was associated with a temporary higher risk of atrial fibrillation. This was especially the case for people under the age of 60 or people whose partner was relatively healthy before their death.

The risk was highest eight to 14 days after the loss, and it gradually subsided afterwards: A year later, the risk was about the same as that in the non-bereaved population.

“The bereavement of a partner is a devastating event in anyones life but the effect can be even worse when a death is sudden or premature,” Maureen Talbot of the British Heart Foundation said in a statement. “Our research has shown how emotional stress can have an adverse effect on the heart but this study also highlights a significant physical effect a greater risk of developing atrial fibrillation when recently bereaved.”

While underlying illnesses, like cardiovascular disease and diabetes, were more common among those newly diagnosed with atrial fibrillation, the risk of developing the arrhythmia for the first time was 41 percent higher in bereaved subjects suffering from a sudden loss.