My mom was diagnosed with dementia at the age of 64. I flew back home when she ended up in the hospital, not sure what was going on.

The diagnosis came- early onset dementia. Everyone we talked to seemed to know someone who had or has dementia. When we made my mom’s funeral arrangements, the director asked how old she was. He didn’t seem phased when my sister told him.

He told us that the youngest person he saw die of dementia was a 32 year old woman. He said 50s and 60s are now the norm and that senile dementia is not the trend they are seeing.  Just last week, it was discussed the list of pro football players that have early onset dementia.

My mom had markers her entire life.  She had personality disorders and mental illness. By the time I was 17, I moved out because it was a constant up and down.  Living with or dealing with someone that has mental illness is a very hard thing to do.  The sad thing is that I know people who have the very early stages of dementia and it is heartbreaking.  They would never admit their ups and downs or the rage that exists in them.  In their minds it truly does not play out like that.

Brain science has been a big interest of mine for some time. I’ve had genetic testing and I don’t carry the gene. This does not mean I am off the hook.

We are surrounded by personality, emotion and brain altering situations every day. Nutritional deficiencies, Electromagnetic Fields from electronics, cell phones and computers, old injuries and stress cause a fragmentation in the brain.

Like usual, I head to the medical studies. What I found offered hope in the face of so much darkness.

A found a study out of UCLA that gave hope to dementia patients. A study showed all but one of the patients involved in the study had reversed symptoms of dementia. These patients all were in various stages of dementia. The UCLA program was made up of strategic fasting, DHA and Vitamin D3 supplements, while balancing the gut flora. This is HUGE! The study showed that all but one had completely reversed their symptoms.

I started on a similar program. Even though I don’t carry the gene does not mean I am going to take my brain health for granted.

My idea of living a long life is about being vital, active, and alert, not wasting away in a nursing home.

What you don’t use you lose. Several studies have pointed to the importance of keeping your brain active and engaged as a way to keep your brain healthy.

Engage your brain in life producing thoughts and activities instead of watching television which actually programs your brain for you.  Stay alert and active.  You are never too old to learn new things and manifest the life you want. 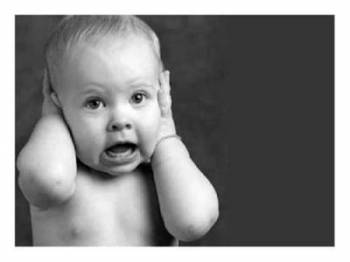