Fruit smoothie recipes are sure to please your kids and the kid in you.

First off, a healthy peanut butter and jelly smoothie!

I’m not a big fruit smoothie fan because I am more of a juice girl but my kids love them. There is a story about how this PB & J smoothie recipe came about.

My 13 year old son heard several juicing stories last night at a venue he and I went to. He told me he was glad to be vegan so he could avoid a lot of the health problems that others have gone through. I explained to him that junk food is junk food, vegan or not.

I learned a long time ago that forcing your way of eating on kids could be detrimental. I was too militant with them growing up. Their interest in junk food was cemented in rebellion and the lack I had forced on them. 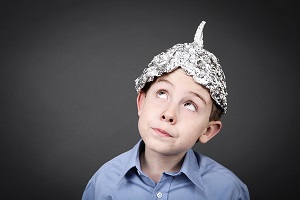 They were pretty strange kids anyway growing up with my influence. They just didn’t fit in well in a society that tended towards superficiality. They wanted to fit in though and my food choices made them feel even more outcast. Imagine a lunchroom of deli meat and cheese sandwiches, chips, Twinkies and soda and then there are my kids with kale chips, raw beet raviolis and vortexed water. Sure, they had high grades in school and were always breaking the records for physical fitness, but part of school is sociability.  My kids always said it was so hard to carry on conversations about meaningless “kid things”.

I’ve learned that people (including my kids) need to come by their food choices themselves. Our refrigerator and counters are lined with fresh fruit and vegetables. Always. I don’t buy meat for the house but when they go out to eat, they are allowed to order what they want, which is generally meat. I don’t buy breads, sugar or packaged meals. I will buy them rice and pasta, fresh peanut butter, fruit only jelly and thin rice crackers to put it on. I will also buy them veggie chips for a treat, but most of their food intake is fruits and vegetables. Their mornings always start with fruit smoothie recipes or juices.  When my older kids come to me with a health problem, my answer is to adjust their diet. Sometimes I think they are waiting for me to give them a different answer…

This morning I decided I was going to make him a peanut butter and jelly alternative that would satisfy his senses, while helping him on his new path of removing grain from his diet.

I went to work in my kitchen to come up with fruit smoothie recipes.

Peanut butter can be replaced with any type of nut butter.  The apricot kernels add in B17 which is a known cancer killer and normally deficient from our diet.

The verdict? He was in love! He told me he could happily give up his peanut butter and jelly sandwiches. Stay tuned because I am about to release a flurry of Jax Loves Fruit Smoothies Recipes.

Here is a great video on how to quickly dehull your strawberries!

Do You Love Smoothie Recipes Too?

If you love fruit smoothie recipes then you will love my detox drinks recipes where I show you how you can juice with your blender.

The Powerful Benefits of Juicing Oranges – With Recipe