Exercising But Not Losing Weight?

Exercising But Not Losing Weight?

Why It’s Hard to Lose Weight

Remember when you were younger and you could exercise a little and lose the weight you needed to fairly quickly? The older you become, the harder it is to either lose the weight or keep it off. Often times, diet and exercise just plain fail to help you lose weight. For some people, exercising is NOT the key to losing weight. 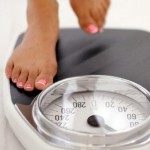 If you are one of the thousands of people that do not want to invest your life savings in a gym just for minimal weight loss results, then this post is a must-read. Find out why it is not your fault that you cannot lose weight no matter how well you plan your meals or exercise.

We are born with the programming for a certain number of fat cells. Some researchers say that the number we are born with is what we have for life. However, research has shown that cells may divide into daughter cells throughout life. When the cell’s capacity to hold fat has reached maximum, a recruitment signal is sent out to other immature fat cells to become mature or even to divide to produce daughter cells to hold more fat.

Other researchers say that the number of fat cells we have in our body continues to reach maximum by the time we are teenagers and cannot multiply or divide but will simply expand and retain water, making it appear like we have more fat cells.

Each fat cell is approximately 0.6 micrograms on average, but may be smaller or larger. The maximum holding capacity of a cell is three times that amount. The average person has between 50 billion to 200 billion fat cells inside the body. This number is determined by genetics, eating habits of our mother during pregnancy, childhood feeding, environment, and our personal habits. We have fat cells in the layers of our skin, inside and around muscles, and around our organs, such as the liver and kidneys.

Lipase enzymes located in the fat cell are triggered into action when we eat a heavy meal that is too high in saturated fat. This saturated fat travels through our blood after the gallbladder, pancreas, intestines, and lymphatic system have lent their processes. Insulin levels surge. Lipase enzymes are triggered to grab the fat molecule, break it into fatty acids, and combined with insulin stimulation, fatty acids go through another morph process and are stored within the cell as fat droplets.

Fat cells have tiny capillaries which bring in oxygen, nutrients and expel waste. Toxins are fat soluble. They travel through the body surrounding and entering the fat cell. Because toxins are fat soluble, they are attracted to fat and can be absorbed into a fat cell at any time without the normal enzymatic activity of a fat cell after a heavy meal. These toxins can mimic and defy the natural processes of our body. Water is then attracted to the cell to help buffer the body from the toxins.

People that have excess weight also suffer from some form of edema or water retention. The cells, once filled to capacity with fat and toxins, are further drowning in water and suffer from reduced oxygen and blood flow.  They are no longer bringing in nutrients and expelling waste. More immature fat cells are recruited into action. Imagine 50 billion to 200 billion fat cells swelling in your body. You can easily see how the body can become misshaped, bulging in all the wrong and weird places.

Men may find that with age, their waistline grows. Alpha receptor fat cells can concentrate in the lower abdominal area in men. Heavy meals will migrate to the abdominal area in men. Remember that areas congested with full fat cells have decreased blood flow, add that to alpha receptors having low blood flow, and you have areas of your body that may not easily (or at all) reduce with normal diet and exercise.

The alpha receptor fat cells are the first place your body stores fat and the last place to lose fat. For women wanting to lose belly fat, crunches or stomach exercises will not help.  The focus should be on lower body exercises. Squats will actually help your body burn fat all over much faster than any other exercise due to the alpha receptors in the fat cells.

While men and women’s bodies physiologically may preform the same functions, there are many intricacies that separate the way our bodies work and the results we can achieve.

Food Additives (That You Are Eating) That Should Never Be Eaten!

How to Naturally Increase Low Stomach Acid And Improve Your Digestion

HCG for Weight Loss – Who Should You Believe?