Is it the eye-opening benefits of caffeine, or coffee’s rich flavor and aroma that we crave so passionately? It’s likely the combination of its assets that makes java the daily beverage of choice for 54 percent of adult Americans, according to the National Coffee Association.

What most of those coffee drinkers are unlikely to think about, however, are the health benefits — and potential risks — of caffeine, the stimulant found in coffee, tea, and many soft drinks and energy beverages. Here are 10 essentials facts you should know about caffeine:

A handful of studies suggest that caffeine could potentially lower your risk for skin cancer. In an observational study (a study that shows an association but not causation) published in Cancer Research in July 2012, researchers using data from the Nurses’ Health Study and the Health Professionals Follow-Up Study reported that the higher a person’s caffeine consumption, the lower their risk of developing basal cell carcinoma.

Similarly, in two 2015 studies, one published in February in the Journal of the National Cancer Institute and another in November in Epidemiology, researchers linked higher caffeine intake to a lower risk for melanoma, the deadliest form of skin cancer.

But other factors besides caffeine could be at play, suggests the Skin Cancer Foundation. For example, it’s possible that people who drink a lot of coffee tend to work indoors and get less sun exposure than do people who drink less coffee.

Having a couple of coffees at your favorite coffee shop before you head to the gym could power up your workout, says Michael Duncan, PhD, professor of exercise science at Coventry University in the United Kingdom. In an experimental study he conducted, published in The Journal of Nutrition, Health & Aging in December 2014, 19 healthy older adults between ages 61 and 79 who drank the equivalent of four cups of instant coffee or two cups of filtered coffee just before exercising were better able to invest effort in their workout than folks who didn’t get a caffeine boost. They also performed better at tasks like arm curls and a six-minute walk. Even their manual dexterity improved, notes Dr. Duncan.

There’s a reason you can buy over-the-counter pain relievers that combine ibuprofen, acetaminophen, or aspirin with caffeine: For some people, these combinations work better than the painkiller alone. Such products are often marketed as treatments for headaches or menstrual cramps, but these aren’t the only types of pain that may be helped by a dose of caffeine.

In an analysis of four randomized, double-blind studies published in July 2015 in the Cochrane Database of Systematic Reviews, researchers found that a single dose of 200 milligrams (mg) of ibuprofen plus 100 mg of caffeine was substantially more effective than a placebo at providing postoperative and migraine pain relief over six hours.

While that particular drug combination is not commonly available in a commercial product, that dose — or a close approximation of it — can be achieved by taking 200 mg of ibuprofen along with a moderately strong cup of coffee.

4. Caffeine May Improve Your Memory

Caffeine consumption was associated with better memory and better executive functioning (planning, organizing, and time management) in healthy older adults (average age 74) in an observational study published in July 2015 in Alzheimer’s & Dementia. The researchers, from the Brigham and Women’s Hospital in Boston, found that any amount of habitual coffee consumption was helpful. Other studies performed on mice have suggested caffeine might be helpful in treating Alzheimer’s disease.

5. Coffee, in Moderation, May Have Heart-Healthy Benefits

Studies have shown that drinking three to four cups of caffeinated coffee a day is linked to a lower risk of developing stroke and coronary artery disease, says Susanna C. Larsson, PhD, associate professor in the Institute of Environmental Medicine at the Karolinska Institute in Stockholm, Sweden. What’s more, according to her observational study published in BMC Medicine in September 2015, drinking caffeinated coffee doesn’t appear to increase your risk of developing atrial fibrillation, the most common type of irregular heart rhythm. “Caffeine might be one of the components in coffee that reduces the risk of stroke and coronary artery disease,” says Dr. Larsson.

6. Less Is More for Energy Drinks

“Energy ‘shot-type’ drinks can contain as much as 500 mg of caffeine per drink — about five times the amount of caffeine in a typical cup of brewed coffee,” says Lauri Wright, PhD, assistant professor of nutrition at the University of South Florida’s College of Public Health and a spokesperson for the Academy of Nutrition and Dietetics. “A healthy adult can safely consume two energy drinks a day, but I don’t recommend them for people 18 or under,” says Dr. Wright.

And it’s not just the megadoses of caffeine that make these drinks a poor choice for a quick pick-me-up. “Energy drinks, energy shots, and sodas are manufactured to provide energy with little nutritional benefit,” warns Rania Batayneh, MPH, a nutritionist and owner of Essential Nutrition for You, a nutrition consulting firm.

“Some energy drinks can contain as much as 70 grams of sugar — the equivalent of 17.5 teaspoons,” she says.

A study published in September 2015 in PloS One revealed that teens who downed five or more energy drinks in the past week were seven times more likely to have had a traumatic brain injury (TBI) in the past year compared to teens who didn’t drink these “boosters.” Similarly, consuming energy drinks mixed with alcohol raised the likelihood of having had a TBI within the past year.

The study did not establish whether energy drink consumption predisposed teens to brain injuries or whether having a TBI somehow led teens to consume energy drinks — possibly as a coping mechanism.

Drinking energy drinks could interfere with a teen’s recovery from a TBI, says lead study author Michael Cusimano, MD, a neurosurgeon at St. Michael’s Hospital and professor of neurosurgery at the University of Toronto in Canada. “Energy drinks contain high levels of caffeine and change the chemical state of the body, which can prevent people from getting back on track after a brain injury,” Dr. Cusimano notes.

Colon cancer patients who regularly drink caffeinated coffee may be lowering their risk of tumor recurrence and death from the disease, suggests a study published in November 2015 in the Journal of Clinical Oncology. The observational study found that people with advanced (stage 3) colon cancer who drank four or more cups of caffeinated coffee a day had much lower odds of having a recurrence of the disease, or dying from it, by 52 percent compared with non-coffee drinkers. Even people who regularly drank just two or three cups a day seemed to reap some of the same benefits, although to a lesser degree.

Another observational study, published in Cancer Epidemiology, Biomarkers & Prevention in April 2016, compared the coffee-drinking habits of more than 9,000 adults and found that “… drinking coffee is associated with lower risk of colorectal cancer, and the more coffee consumed, the lower the risk,” according to Stephen Gruber, MD, PhD, director of the University of Southern California Norris Comprehensive Cancer Center in Los Angeles and senior author of the study.

9. … And Also Lessen Your Risk for Oral Cancer

An observational study by the American Cancer Society, published in January 2013 in the American Journal of Epidemiology, found a strong relationship between caffeinated coffee intake and oral cancer death risk. Of the 968,432 men and women studied who were cancer-free at enrollment, 868 died due to oral cancer during the 26-year study period. Researchers found those who drank more than four cups of caffeinated coffee per day had about half the risk of death from oral cancers as those who only occasionally drank a cup. No association was found for tea drinking.

10. Too Much Caffeine Can Make You Feel Frazzled

“Caffeine is a drug, and like any other drug, it can have harmful effects when ingested in high amounts,” Batayneh cautions. “At doses of more than 500 mg — about the amount in four cups of coffee — caffeine has been found to cause nervousness, irritability, insomnia, upset stomach, muscle tremors, and irregular heartbeat.”

10 Essential Facts About Caffeine was originally published on Everyday Health. 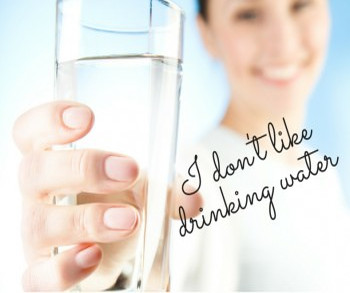